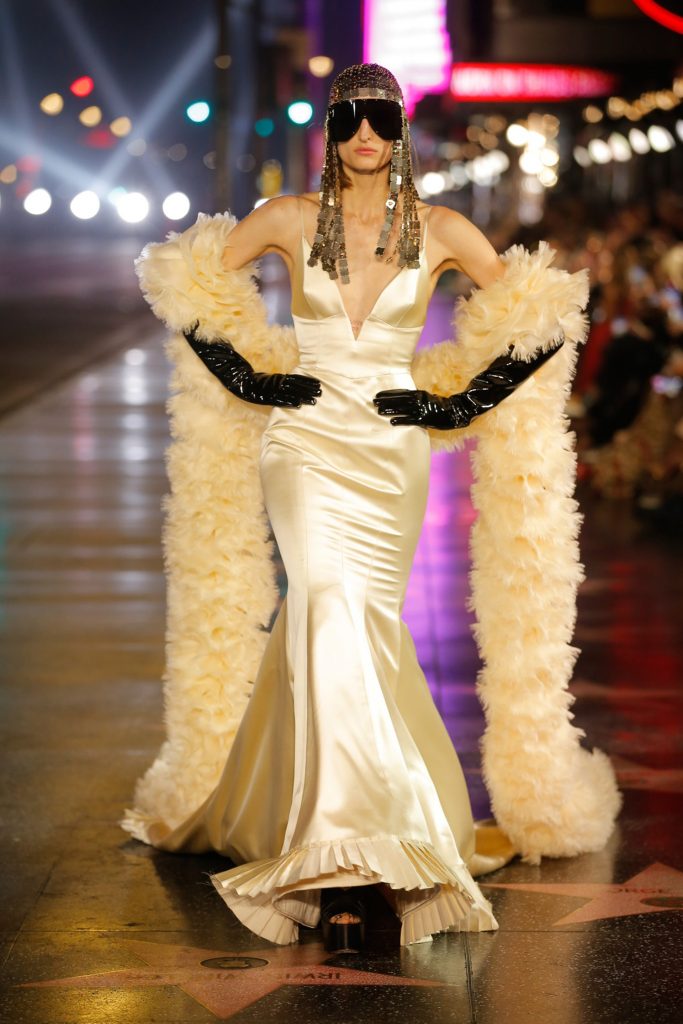 The Italian stable has shifted subtley for S/S 2022: In with those androgynous templates and in too with fun futurism

Gucci‘s ascent to the pinnacle of Italian fashion has been – despite the nuanced hand of holding company Kering – an idiosynchratic journey given the label’s tendency – under Alessandro Michele – to steer left of the right-minded route that got it to the top.

The 2000s witnessed the injection of hyperbolic sex appeal to the Gucci ouvre, but since then (and again since Gucci‘s reincarnation under Kering and Michele) it’s less about skin, goddesses and desire than about subverting the sex and fashion template.

High fashion has been steering away from exclusively accepted modes of beauty for a number of years, in line with the infornal streetwear boom, while gender redefinition, body positivity and sustainability mean more experiments with silouettes and materials.

But Gucci has been an unreliable hero of integration and changes. Rather than a celebration of the difference of difference, androgyny has often meant a negation of sexuality. Michele, in his comparable fascination with Edwardian designs has advanced stricture (as opposed to liberation) as a means of expression, as though liberating forces need to be tied down. The results are frequently otherworldy, if not – entirely – pleasing.

Gucci‘s take has always incorporated themes of constraint: a utilitarian necessity when Guccio Gucci started producing luggage in the 1920s, and now – in clothing and accessories – something of a trope: subsuming gender and political ideology in ways that emphasize the will to power inherent in both.

Although not challenging hegemony [in fashion], Gucci‘s radicalism is evident in Michele’s highly structured templates and deconstructed androgynous forms; the former creating an antiquated [and odd] feel; the latter reducing gender definitions to ‘pre-defined’ states that emphasize ‘queerness’ – anti-fashion the all emcompassing term to describe the results. 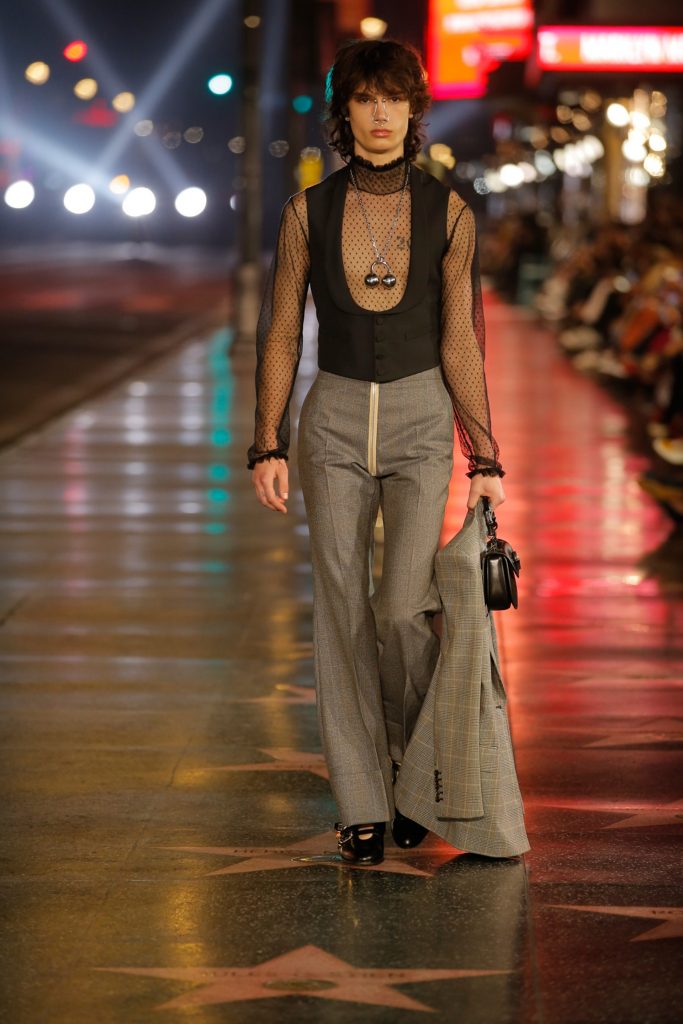 For S/S 2022 Michele has taken the blueprint in an interesting (for Gucci), if obvious, direction: Hollywood (specifically Hollywood Drive’s walk of fame) and the district’s uncultured but influential role in the assimilation of fashion ideals through film. Movies as a thematic concern is popular in fashion right now: Tommy Hilfiger’s Fall 2019/20 show and Moschino‘s ever evolving play with 50s iconography are caracatures of a filmic America, although Michele applies randomized motifs to each model and garment (cowgirl and drugstore cowboy, femme fatal, etc) that could be lifted  straight from set or sidewalk.

The cynched waistcoats and long gowns offer outfits equally at odds with the given environment, and yet in classic Hollywood style, helps them fit right in. Androgyny is less of a stylistic concern and more the accepted mode now.

But routes into science fiction are less successful. Fashion is automatically at the meeting point between the present and some undefined vista, and while gender redefinition and mechanistic approaches to the theme fit, science fiction’s energy has already been arrested, thanks in part to the kind of movies everyone knows and loves. Perhaps Michele is simply nodding to the sci-fi director who’s put a version of the Gucci story to film. It seems unlikely that themes of androgyny, Edwardianism and obtuse polemics will be a feature of this Ridley Scott’s feature, which is a shame when Gucci’s real future seems locked in battle between accepted realities and other alien forms. 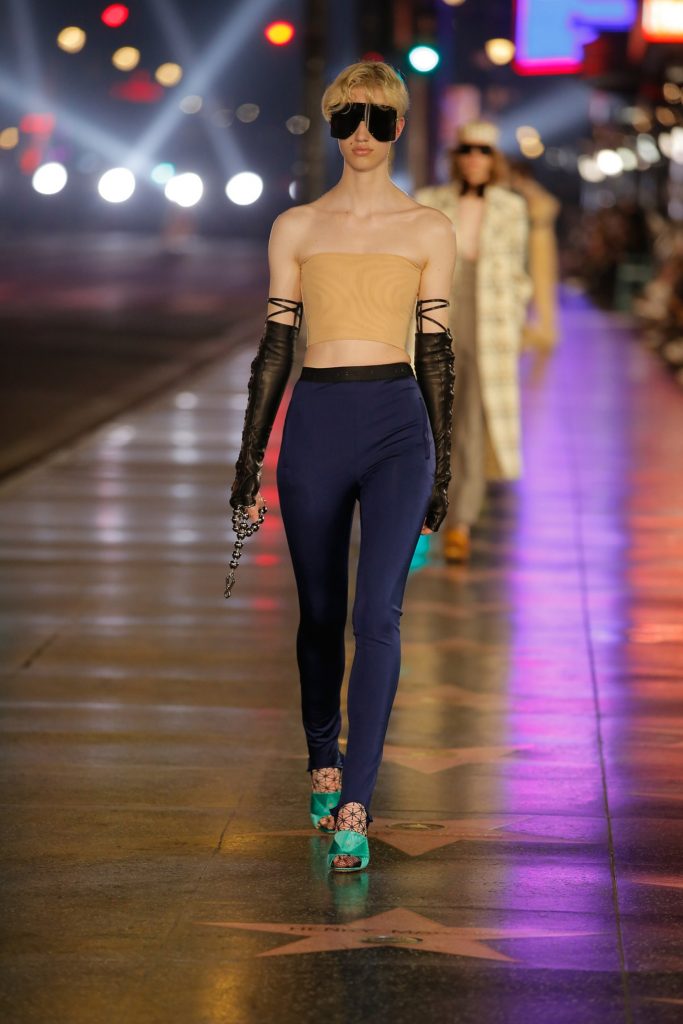